Wesson and Sierra are a perfect pair

onlinestaffPosted on January 1, 2016 Posted in News

After suffering their tragic losses, these two angles found each other.

I have seen this enough to be sure that some animals die in order to make room for one of their cousins. That’s why I always advise people to get another dog or cat as soon as their’s passes . . . because he died at that moment to make room for one whom he knows is desperate for a home.

Just like you, I love each of our animals and I want them to live with us as long as possible.

Smith & Wesson were puppies 12-years-ago and I rescued them with their sister, Benelli.

Over the years all three were together in one of our largest yards, with two trees, a straw bale dog house and lots of running room. They were next to a duck pond too so thay had lots of friends!

Then a couple of years ago his sister passed away, but Wesson still had his brother. Smith and Wesson were together every moment until Smith passed away last week. I saw Smith the day before he died. I spent some time with him and I gave him treats. He was an old friend. I had no idea he would leave us the next morning. It was a painful shock.

Now Wesson was alone in his huge yard looking for his brother, his best friend, whenever he awoke from a nap. Sierra, on the right above, lost her beloved blind friend, Fluke, a few months ago. Since then, she’s been visibly lonely.

She had really been Fluke’s seeing eye dog. They stayed close together and she guided him everywhere. But in all those years of caring for her Fluke, Sierra never got to play with him because the poor guy could not see to romp around like she could.

Sierra’s joy was lying on her back and rubbing on the ground. When she did that, I scratched her belly and she smiled. I have been looking for someone who could become her companion . . . .

I have seen a remarkable phenomenon scores of times in my life. When a dog or cat is sick, he can sometimes pick the moment to die. Many animals passed away hours before we needed their spot for an incoming rescue. And it was uncanny whom they pushed over for.

I have seen this enough to be sure that some animals die in order to make room for one of their cousins. That’s why I always advise people to get another dog or cat as soon as their’s passes . . . because he died at that moment to make room for one whom he knows is desperate for a home.

So too with Smith. In the middle of our worrying about Sierra and our finding her a new companion to keep her spirits up, Smith left us. And he left poor Wesson behind . . . .

It didn’t take more than a minute to figure out what he did . . . . Wesson and Sierra are about the same size, so for the first time, Sierra has someone she can play with, thanks to Smith’s kindness.

And you will see something on the enclosed envelope photo that is proof of this match literally made in Heaven. The two dogs are kissing!

So Smith not only made this new match possible, but he also gave all of us hope . . . that 2016 will bring us happiness, like Sierra and Wesson.

Thank you Smith, and Fluke, for giving Sierra and Wesson the joy of each other’s company, for whatever time they have left . . . and for giving us the hope that 2016 will be a great new year for us all.

PS: It has been a trying year and no doubt there is more in store for us in 2016. But let’s remember, like Wesson and Sierra, that there is also the hope of a great year ahead.

Happy New Year to you and yours, and let’s start if off right with a special gift to our animals today, so we can keep our promise to them all. 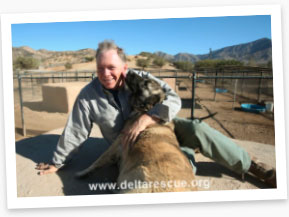 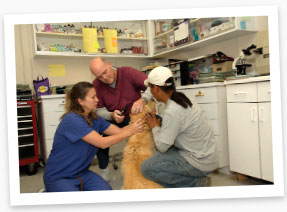 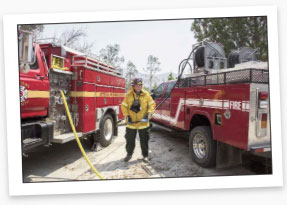